If you don’t like sweet treats, incredible desserts or down right deliciousness… then this blog post probably isn’t for you!

Here, at The Travel Visa Company, there are many things we are passionate about, like: worldwide travel,  top notch customer service and our visa procurement services; but, there is one thing we all love; no matter what day of the week it is, and that’s FOOD!

After countless high profile meetings, intense and rigorous training sessions and hours of research and testing we have come to the conclusion that: Doughnuts really are our favourite sweet treat!

Just think about this: Doughnuts come in all manner of shapes, colours and sizes. Some are sweet and some may be sour. Some thick, some thin. Some big, some small. But are they really any different from you and I? Well, yes. Of course they are. They are doughnuts.

So, let’s get down to the serious business. Which doughnut is best? Commonly, doughnuts can be either in ring shapes, sometimes with toppings; or, a complete doughnut bursting with all sorts of yummy fillings.

However, you may not know that there are, in fact, other variations of doughnut from every corner of the globe. These include (most popularly): the Dutchie and the Cronut. The Dutchie being a square doughnut, glazed and with raisins cooked into the dough itself. The Cronut, on the other hand, is a cross between a doughnut and a croissant.

In fact, most nations have their own variations of doughnut. Here are a select few: 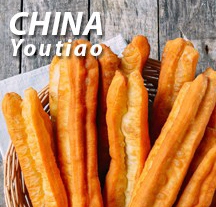 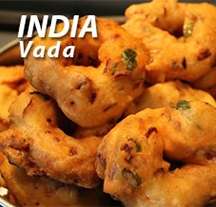 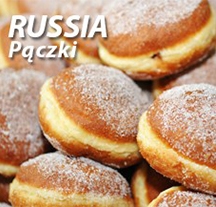 If you are wanting to combine your love of food and travel by tracking down these delicacies, we can assist you with all your travel visa needs. Call our award-winning team on 01270 250 590 or visit www.thetravelvisacompany.co.uk

Before ending this flavourful blog, we have one burning question to ask…

How do you to spell it?

Let us know on Twitter or in the comments below! 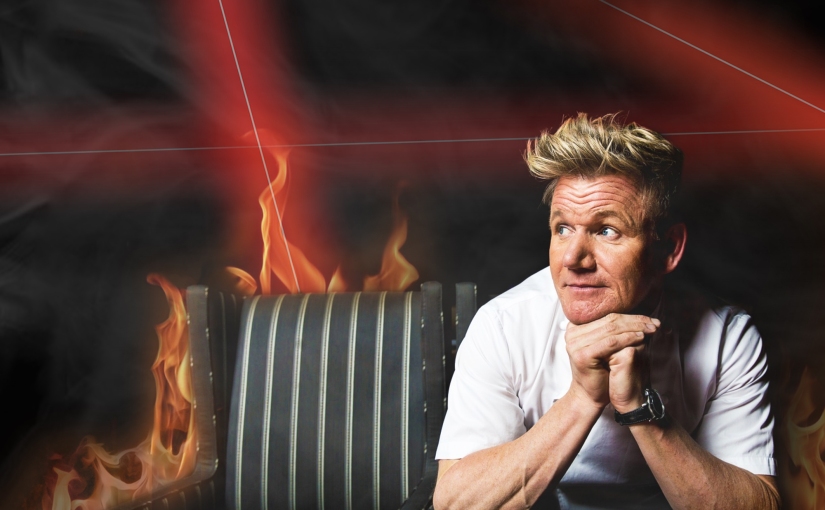 Gordon Ramsay, the world renowned ‘shouty chef’ and holder of 7 Michelin stars, is well known both in the UK and America for his TV shows such as ‘Hell’s Kitchen‘, ‘Ramsays Kitchen Nightmares‘ and ‘Hotel Hell‘ but he has also totted up a total of  28 different restaurants across 3 continents! If you’re planning a holiday and need a few ideas of places to eat then be sure to check these out:

Castel Monastero – Located in the city of Siena, Tuscany. The restaurant can be found inside the grounds of an 11th-century monastery which over looks the vast landscapes of the Italian country side.

Forte Village –  Situated on the island of Sardinia. This is a place where the coastal views and white sandy beaches really captivate the atmosphere of the island.

Au Trianon – Versailles, France. This is also restaurant to the Au Trianon Palace hotel. Another luxurious hotel that offers indulgent features such as a spa, gym and indoor pool.

Le Pressoir D’Argent – Bordeaux is quoted as “a masterpiece of the Grand Hôtel de Bordeaux. An ageless landmark of excellence reflecting the talent of its chef”.

To visit Europe you may require a visa. To see if you’re eligible visit our website: http://thetravelvisacompany.co.uk/visas/schengen/

Gordon Ramsay Doha – Good, hearty authentic dishes. This restaurant has won many accolades and awards for the food and service they provide including best romantic restaurant 2014.

Opal by Gordon Ramsay – West Bay, Doha. Food is served in a relaxed and social dining environment. It also overlooks the stunning turquoise waters of the Arabian Gulf.

London House – East Tsim Sha Tsui. It features an outdoor terrace with two levels of dining and views over the beautiful Victoria Harbour.

If you hold a British Citizen Passport* and are travelling to Qatar for tourist purposes, you will not need a Visa prior to travel! A Visa must be obtained on arrival. For more information visit: http://thetravelvisacompany.co.uk/visas/qatar/

*New* Fish & Chip Shop in Vegas – Summer 2016 Gordon is set to open his 4th establishment in Las Vegas. His very own fish and chip shop. Guests will be able to view the chefs in action in the kitchen as they prepare the made to order dishes.

If you are visiting America you will need as ESTA or full-US visa. Apply now! Visit our website – http://thetravelvisacompany.co.uk/visas/america/

Wanting to book a table?

If you’re thinking of travelling out to one of these stunning destinations then you’ll be happy to know we can assist  with your visa application for destinations worldwide! Use our website to check your specific visa requirements – thetravelvisacompany.co.uk/visas/

December has arrived and the New Year will soon be upon us so here is a run-down of the holiday events that will be closing off 2015!

This holiday is celebrated by the Jewish community and lasts for 8 days (December 6 – 14). Back in 165 B.C.E the Greek king of Syria, outlawed Jewish rituals and ordered the Jews to worship Greek gods. Most Jews were, understandably, angry and decided to fight back. The Jewish rebel army managed to drive the opposing Syrian army out of Jerusalem and so reclaimed their land. Hanukkah is the celebration of this victory.

How is Hanukkah celebrated?

You can usually find a 9-branched candelabra, called a Hanukkiah, lit. The 8 branches are set alight to represent the 8 days of Hanukkah while the 9th is used to light the others.

A common past-time for Jews during Hanukkah is playing the dreidel which is used for gambling with small candies, nuts or fruit!

Treats and gifts are often exchanged everyday during the 8 days. Childeren are given chocolate and money whereas the parents can receive other gifts including: books, oils and cooking recipes.

An important part of Hanukkah is the food. Traditional Jewish foods such as Latkes, doughnuts, and foods fried in oil are eaten by the families in these 8 days.

This holiday was created in 1966 and is relatively new as holidays go. Unlike other holidays, it is not tied to any religion – it was created for Africans to celebrate their heritage. It got its name from the Swahili phrase “matunda ya kwanza,” which thanks the gods for their harvest.

It lasts from December 2 to the 1st of January.

How is it celebrated?

Commonly, during Kwanzaa, you can find many people taking part in musical gatherings, candle lighting rituals and the feast that takes place on the 6th day (New Years eve).

Taking place on the 25th of December each year, this (as well as Easter) is one of the most important days of the year for Christians as it is the celebration of the birth of Jesus!

Often, children are told that Father Christmas (Santa) will squeeze down the chimney and put presents under the Christmas tree for each boy and girl that has been good this year but if you’ve been bad… you can expect to find coal in your stocking!

How is it celebrated?

Christmas is celebrated with popular festive carols, the most popular being ‘Silent Night’ and ‘O Little Town of Bethlehem’. Due to its popularity Christmas is also very embedded into pop culture. Best selling artists and songs include: ‘Band Aid – Do They Know It’s Christmas?’, Michael Bublé and soundtracks to films such as Home Alone and The Muppet Christmas Carol.

Each year families will decorate a fir tree with tinsel, wooden ornaments, baubles, sweets and then decoratively wrap presents to then be set under the tree for opening in morning. Treats and snacks are also prepared by families which include sausage rolls, mince pies, pigs in blankets and many others!

Then comes the feast! Traditionally a roast Turkey or Goose will be cooked, Brussels sprouts, roast potatoes, cranberry sauce, stuffing and lots of gravy!

When the day draws to an end it is likely that the family settle down to watch some festive television, movies or to keep themselves busy with the gifts they have just received.

From everyone here at The Travel Visa Company we would like to wish you all Happy Holidays!